The ability to recognise, reason about, and remember spatial relationships between items or space is known as spatial ability or visuo-spatial aptitude.

Navigation, understanding or repairing equipment, knowing or calculating distance and measurement, and executing on a task all require visual-spatial ability. 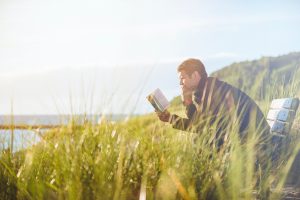 Not only do spatial abilities entail comprehending the outside environment, but they also entail processing and reasoning with it via representation in the brain.

The ability to recognise, reason about, and remember spatial relationships between items or space is referred to as spatial ability. Spatial or visuo-spatial perception, spatial visualisation, mental folding, and mental rotation are the four most common types of spatial abilities.

Each of these abilities has its own set of characteristics and is useful for a variety of tasks, whether in the workplace or in everyday life. Spatial perception, for example, is described as the ability to recognise spatial relationships in relation to one’s body orientation despite distracting input.

Mental rotation, on the other hand, is the mental ability to quickly and accurately manipulate and rotate 2D or 3D objects in space. Finally, spatial visualisation is defined as the multi-step modification of spatially presented data in a complex manner.

The ability to temporarily store a particular number of visual-spatial memories under attentional control in order to finish a task is known as spatial working memory.

Individual differences in the capability for higher level spatial abilities such as mental rotation are mediated by this cognitive skill.

Despite distracting information, spatial perception is described as the ability to recognise spatial relationships in relation to one’s bodily orientation. It entails the ability to see and comprehend external spatial information such as characteristics, qualities, measurement, forms, position, and motion.

When travelling through a dense forest, for example, spatial perception and awareness are used. Another example is when people are attempting to comprehend the relationships and mechanisms within a car’s visual framework, they rely on their spatial sense.

The rod and frame test, in which subjects must place a rod vertically while viewing a frame with a 22-degree angle, and the water-level job, in which participants must draw or identify a horizontal line in a tilted container, are examples of spatial perception tests.

In sports, spatial perception is equally crucial. A study indicated that cricket players who were faster at collecting up information from brief visual displays were much better batsmen in real-life situations.

Soccer players exhibited greater perceptual capacity for body kinematics, such as processing multitasking crowd scenarios with pedestrians crossing a street or complicated dynamic visual sceneries, according to a 2015 study published in the Journal of Vision.

According to a study published in the journal “Neuropsychologia,” spatial perception entails ascribing meaning to an item or place, and their sensory processing is actually part of the semantic processing of incoming visual information.

The parietal lobule, which is responsible for visuomotor processing and visually goal-directed activity, was also discovered to be involved in spatial perception in the review.

Individuals who played first-person shooting games also had higher spatial perceptual skills, such as doing a peripheral and identification job faster and more accurately while concurrently doing a central search, according to studies.

According to the researchers, playing action games improves perceptual skills such as top-down direction of attention to feasible target locations, in addition to boosting the ability to divide attention.

Visual-spatial intelligence is the ability to visualize objects’ positions, shapes, movements, and their relationships to other objects. For me to grasp visual-spatial intelligence, I think about two things. First, that aptitude test I took in high school. I had to mentally flip objects around and move them to be able to get the test questions correct.

Then there’s Ikea furniture. Putting together Ikea furniture makes me think about visual-spatial intelligence (or lack thereof). My husband had just finished constructing an armoire. When I got down to the basement, I noticed that one of the shelves had been flipped and rotated to fit better into the frame.

How to Enhance Your Visual-Spatial Capabilities

Thinking of visual-spatial abilities as intelligence may lead you to believe that they are innate—that you are either born with them or not. That, however, is not the case.

Carol Dweck’s mindset theory is one of my favourites, and I think it’s a terrific approach to think about visual-spatial skills as well. When you have a growth mindset, you believe that your talents and abilities are pliable, and that you can progress over time with dedication and effort.

A fixed mindset, on the other hand, is when you believe that certain talents and abilities (such as visual-spatial intelligence) are fixed—that you are either born with it or not.

When it comes to visual-spatial skills, it’s critical to have a growth attitude. You can increase your ability to visualise items, their relationships to other items, and their placements in space by doing exercises and activities every day.

Being one of those moving objects is one approach to strengthen your visual-spatial skills. Move your body, that’s right.

Being able to visualise your body’s relationship to other objects in space is part of visual-spatial intelligence, thus movements that demand this form of bodily intelligence can help you improve your visual-spatial capabilities. Consider the disciplines of dancing and martial arts. You’re undoubtedly improving your visual-spatial skills as well as your body if you have to strain your head to figure out which foot belongs where.

While taking a trip outside, you can also take attention to the shapes, sizes, and interactions between objects. What is going on in the background? In the forefront, what’s going on? What’s the distance between that tree and the creek? Examine the scenery as things and their placement in relation to other objects.

Your visual-spatial skills can also be aided by the arts. When I was a kid, I recall seeing Bob Ross paint his lovely miniature trees on PBS. I’d sit and watch for hours, mesmerised by his ability to produce such depth in his paintings.

Everything was the same size and on the same plane when I painted. Bob Ross is not one of them. His paintings featured things that were clearly related to one another. The mountains were visible in the distance. The mountains were in front of the trees. Birds flew in and out of the scene, from foreground to background.

What better way to improve your visual-spatial skills than by painting your own happy tiny trees with your own paintbrush? Even if you’re no Monet, you’ll be honing your ability to visualise objects and their relationships to one another.

While you’re at it, leave your GPS at home the next time you’re driving or walking somewhere. In terms of visual-spatial abilities, GPS offers us no favours. When you use GPS, you don’t have to worry about where you are or how you’re going to go from point A to point B.

So, put down the phone and go find a map. Study the map before your next excursion and find out how to get from point A to point B. Studying maps is an excellent approach to train your brain’s visual-spatial abilities.

Another technique to improve your visual-spatial skills is to play video games. Consider the games Tetris and Snood. I know I’m a little behind the times, but these games are an excellent way to visualise the shapes, sizes, and interactions between objects. They’re also useful for visualising how items interact with one another as they travel through space. It’s an added plus that they’re also entertaining and a fantastic way to pass the time on a lengthy vehicle ride without a GPS.

5. 3D Puzzles are something you should try.

There are also a variety of 3D puzzles to try. I’m usually reminded of the 3D Empire State Building problem, although there are plenty of others to choose from. Really, the sky is the limit.

6. Get the Brain Teasers Out!

There are also cognitive teasers that remind me of the aptitude test I took in high school. These are just visual queries regarding which shape follows next in a pattern or how this shape would seem if inverted or rotated. These children’s brain teasers are also a lot of fun.

Let’s imagine you’ve completed the brain teasers and puzzles, but you still want to improve your visual-spatial skills. I’ve got you taken care of. You have the ability to literally construct things.

I used to compete in Odyssey of the Mind as a kid. We completed the challenge of constructing a structure out of balsa wood. The construction had to be extremely sturdy and withstand weights and collisions, therefore the act of designing and building this light but powerful construction necessitated extensive visual-spatial skills and problem-solving.

You no longer need to construct a balsa wood building to improve your visual-spatial abilities. A mechanism to safeguard a raw egg from a high fall could be built. You may construct a coop for your chickens. You could even make Ikea furniture from scratch. It’s entirely up to you, however if you want to maintain your talents, simply construct anything.

9.Pick up a musical instrument and start playing.

Playing a musical instrument has also been proved to improve your visual-spatial abilities in studies. This has to do with visualisation and imagination once more. To play an instrument, you must visualise how your body should move in order to produce a specific sound.

So, the next time you’re plunking away at the piano, tell yourself that, while you may not be the best pianist, you’re at least improving your visual-spatial abilities.

The Importance of Visual-Spatial Skills

Visual-spatial skills are becoming increasingly important in the workplace. Architects and designers used to be the only ones who could do it, but now a growing number of programming, computer, and tech positions require people to be able to mentally move objects in space.

To think abstractly and understand how details fit together to produce the big picture, you’ll require visual-spatial capabilities.

The outcomes are the same whether you’re painting, playing, building, or wandering. Boost your visual-spatial abilities to have a greater understanding of the world and your role in it, as well as to finally be able to assemble that Ikea Kleppstad cabinet.

In the fields of science and technology, spatial visualisation is very significant. An astronomer, for example, must mentally imagine the structures of a solar system as well as the motions of the objects contained inside it.

An engineer visualises the interactions of the pieces of a machine or structure that they are designing or working with in their head. Chemists must be able to comprehend formulas, which may be thought of as abstract models of molecules with most of the spatial information removed; spatial abilities are required to restore that information when more detailed mental images of the molecules are required in the formulas.