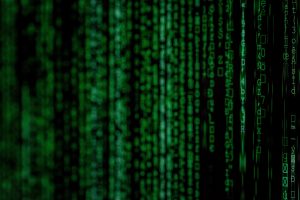 The way a problem is stated and solved might be a source of the problem, according to double-loop learning.

This form of learning can be beneficial to organisational learning because it promotes creativity and innovation by moving beyond responding to change and predicting or being ahead of it.

Argyris’ thesis is based on the idea that each of us has a cognitive map – a mental script for dealing with difficulties and challenges based on prior experience – inside our skulls.

Argyris extended this idea into a learning theory with the help of others, including Donald Schon.

We live and operate in a state of error detection and rectification.

When we encounter a problem, we draw on our past experiences (including the rules and what we are allowed to do within them) and try to solve it using our mental arsenal of abilities and information – referred to as our “espoused theory of action.”

We learn to construct a theory for everything, and this becomes our coping mechanism for dealing with change, decision-making, and obstacles. This is what Argyris refers to as Single Loop Learning, and it is the most prevalent reaction.

He compares it to your home’s thermostat. When the temperature becomes too high, the thermostat lowers the heat.

In Double Loop learning, on the other hand, we learn to think outside the box. We learn to look at the situation from a fresh perspective, perhaps challenging the rules (what Argyris refers to as the “governing variables”) and attempting to make more holistic and wide-ranging changes than simply solving the problem.

In 1978, Argyris and Schon wrote: ”Double loop learning occurs when the error is detected and corrected in ways that involve the modification of an organization’s underlying norms, policies and objectives” (p 2-3).

Chris Argyris uses a metaphor to explain the distinction between single and double-loop learning. Single-loop learning is a thermostat that switches on and off when it detects a pre-set temperature.

It would be more like double-loop learning if the thermostat could reflect on whether or not it should be set to that temperature in the first place.

Consider what would have happened if NASA had encouraged and addressed employees’ concerns about how they were performing, what they were doing, and if they should be doing it at all—you can see how adding an extra layer of inquiry and critical thinking can help businesses develop.

When planning leads to action, which leads to reflection on those actions, and then back to planning, action, and more reflection, this is known as single-loop learning.

You might think that single-loop learning is a good organisational paradigm since it involves reflection. Problems emerge as a result of the lack of space for critical inquiry about why actions are being performed.

When companies use single-loop learning, they get locked in what Argyris refers to as the “Double Bind.” Team members are either punished for speaking up or penalised for not speaking up if anything goes wrong down the road because there is no value placed on asking why the team is doing something.

The double bind leads to what Argyris refers to as the major inhibitory loop when an organisation is stuck in single-loop learning. Because team members suppress knowledge from one another, real learning and growth are hampered.

This withholding breeds distrust, which is difficult to overcome since, even if employees try to be more transparent, a lack of trust sours relationships.

Team members engage unconscious games (not the enjoyable sort) to protect each other’s feelings because information is being hidden. For example, I might try to divert my colleagues’ attention away from a flaw in our plan by focusing on a another project we’re working on that’s doing well.

When an organisation is trapped in single-loop learning, it does everything it can to keep taking action after action rather than pausing to properly review the wider picture.

This produces distrust and actions that attempt to disguise problems in the organization’s structures and procedures, as team members withhold information from one another.

Instead of acting and reacting, this can enable the company take a step back and reassess what is best for all stakeholders.

Finally, double-loop learning provides time, place, and systems for team members to raise difficult questions and have them answered in meaningful ways.

Take a look at the Challenger disaster. Employees would not have been driven to remain silent if NASA had used double-loop learning, and those who did speak up would have influenced the process sufficiently to change the timeframe and produce a solution for the O-ring problem.

Single-loop learning is similar to a train that never stops moving. Double-loop learning adds an extra layer of critical thinking to the process, allowing the organisation to pause and pivot as needed.

Consider Argyris’ thermostat analogy. Instead of simply reacting—turning on and off when a certain temperature is detected—double-loop learning asks the thermostat to think about why it’s doing what it’s doing and how it could do it better.

How to Shift to Double Loop Learning

So, how can businesses go from single-loop to double-loop learning?

1. Stakeholders Must Level With Each Other

All stakeholders must sit down and talk honestly about their expectations, objectives, and goals before moving from single to double-loop learning.

These sessions should be led by organisational specialists to guarantee that employees don’t become locked in single-loop learning behaviours like distrust, withholding, and game-playing.

Listening is one of the keys to team members being on the same page. Concentrate on fostering a climate in which everyone may speak up without fear of being judged or punished.

It’s true that old habits die hard, and single-loop learning is no exception. If protocols, check-ins, benchmarks, and regular periods to reflect and reset aren’t implemented, old behaviours of withholding and mistrust will most certainly return.

You can avoid this by making it a habit to track, evaluate, and improve the implementation of new double-loop learning systems over time.

Squeaky wheels are required for double-loop learning. You must foster a culture that encourages and rewards critical thinking, risk-taking, and reflection on the system as a whole and the rationale for the organization’s actions. Consider the broad picture.

It’s all about walking the walk in this case. It’s one thing to advise employees to speak up and provide feedback; it’s quite another to have processes in place that help them feel comfortable doing so.

One book that comes to mind is Kimberly Scott’s Radical Candor, which outlines one method to begin moving toward a more open and critical environment.

Radical Candor is a technique that encourages employees and supervisors to speak up about issues that they previously ignored. It’s a strategy for assessing and improving open and reflective feedback among all stakeholders.

Organizations aren’t the only ones who benefit from double-loop learning. You can also use Argyris’ ideas in your classroom.

Here’s an example of what that may look like:

1. Seek Accountability and Also be Honest With Yourself

Break free from the monotony of a single-loop learning cycle by adding another layer of critical reflection. What are you learning and why are you learning it? Is it significant? Is there any other option? Think big picture again.

Become clear on what you want to learn and how you’re currently trying to learn it. Then, open yourself up to others to keep yourself accountable. Leave the door open to completely shift major details about your learning goals.

2. Set goals and don’t bury your head in the sand.

Individuals, like businesses, must set goals and assess whether they are progressing toward double-loop learning on a regular basis. Schedule meetings with the persons who are responsible for holding you accountable to your learning plan. Then consider whether your learning objectives still make sense.

Consider the broad picture. Are you learning in the correct environment? Is your learning strategy working for you?

Do you need to make a complete 180-degree turn or rethink your objectives? If you’re practising double-loop learning, don’t be hesitant to ask why you’re doing what you’re doing and change course as necessary.

3. Accept Any criticism and Value Risk-Taking

You’ll also need to change your perspective from merely studying and reflecting to accepting criticism, being critical of yourself as a learner, and taking chances and feeling uncomfortable as you ask big questions and make significant changes to your learning plan over time.

Instead of focusing on grades and GPAs, double-loop learning allows you to take a step back and consider why you’re learning what you’re learning, whether there’s a better way, and whether you should even be on that learning path in the first place.

Consider the example of the thermostat. Single-loop learning is defined as doing homework, handing it in, and then obtaining a grade.

Thinking about why you’re doing any of that and making modifications that correspond with your learning objectives puts you in double-loop learning mode, which is a terrific approach to see the big picture and obtain the greatest results.

When it comes to organisational or personal development, learning and reflection are two of the most crucial factors. This is why, if you want to flourish as an individual or as a company, double-loop learning is essential.